Yesterday I had cards representing the defending National and American League champions. Today I’m going to the other end of the spectrum and find the defending cellar dwellers. The worst record in the National League belonged the 62-100 Miami Marlins. Since I went rookie with the Astros earlier, I've got a rookie from the Marlins to match.

First impression of what’s going on: Oh good, another shot like this. One I've already seen on CharlieBlackmon and Matt Carpenter. Unfortunately, I don’t see any patches or tattoos or crazy hair or free advertising to set this card apart from the others that are similar. I wish the dugout guys were a little more in focus for a cameo. I will give Topps credit for one of their best crops so far though. 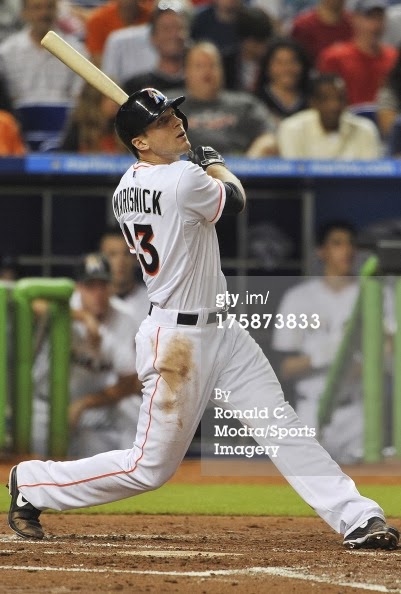 The Reality of the Photo: Nothing any more exciting about the full size photo. So let’s take a look at the BOXSCORE to see if anything exciting happened for Marisnick and the Marlins.

Alright. Marlins blowout. Maybe Marisnick did some damage at the plate too.

Three-for-five at the plate with an RBI, a double and a stolen base. Nice day at the plate! Here's his run scored:

I’m so confused right now. This morning we had an above average photo in a lowlight kind of game. This evening we have a fairly boring photo taken during the middle of a thus far, career game. 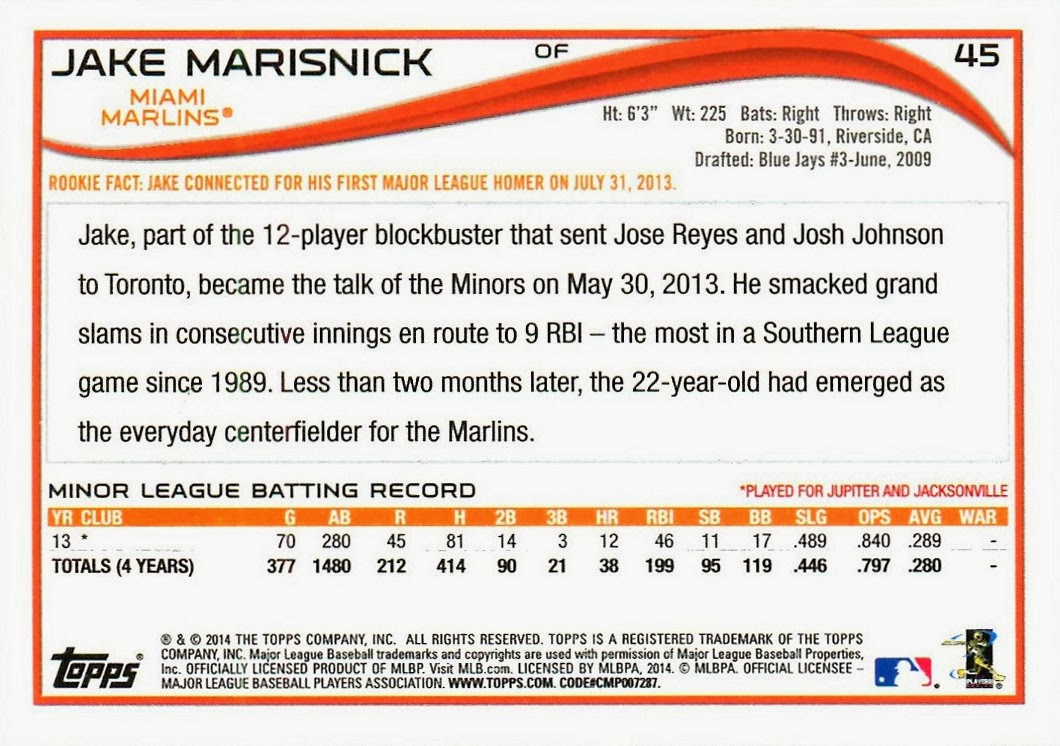 To be honest, these are the kind of facts I half expected when I first heard of the Rookie Fact concept. First hit was this day. First this, first that. I think I was spoiled by the earlier few that I've already written about so this one fell a bit flat. I guess not every first home run can come in your first at bat or be a walk off.

The blurb is a little more interesting, mentioning the time he hit grand slams in consecutive innings while in Double A earlier in the 2013 season. That could explain why he skipped Triple A and jumped right to the Majors.

My Grade: After a feel good story of a career day for a young rookie, I really wanted to like this card. But the photo is average, the blurb was average and rookie fact was average. It couldn’t even manage any niche collections aside from the Rookie Card designation. Flat out C.

For fun, I looked to see if there were any more exciting photos from the game. There were a few post-swing-starting-to-run-to-first shots, but nothing real exciting there either. There was this diving attempt on defense: 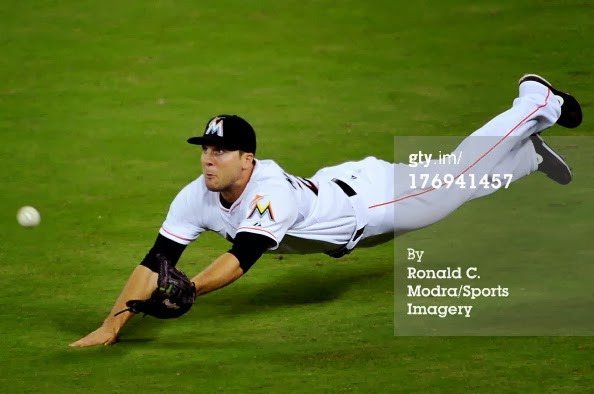 And only super nerds like me that research this kind of stuff would know that he missed it: 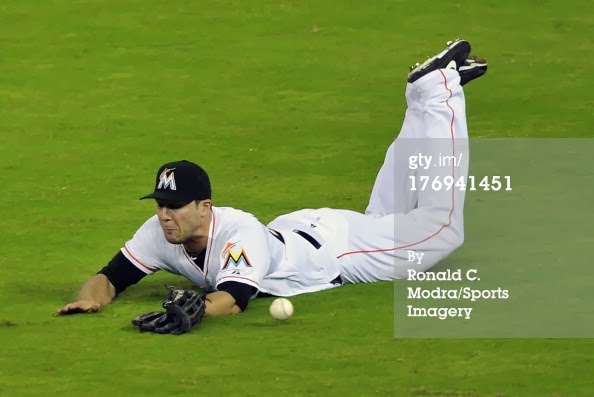