Man, I really goofed up these last couple of days. Last night's Manny Machado card was supposed to post in the morning at 9 AM, not PM. And the cards from last evening and this morning don't even looked they posted. Whoops! Anyway, here's is the card that should have gone up last night.


First impression of what’s going on: Another kind of standard shot for a first baseman, mitt out, ready to receive the ball. I never really understood the upside down glasses thing. And I don’t know what the patch is for so I’ll have to look into it. 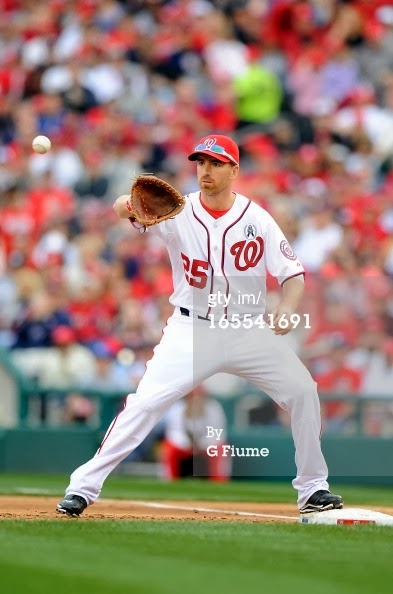 WASHINGTON, DC - APRIL 01: Adam LaRoche #25 of the Washington Nationals catches the ball at first base against the Miami Marlins during Opening Day at Nationals Park on April 1, 2013 in Washington, DC. (Photo by G Fiume/Getty Images)

The Reality of the Photo: Again, the crop is a shame. Not that you see much of his arm anyway, but it still could have been framed better.Opening Day went to the Nationals acording to the BOXSCORE.

According to his game log, LaRoche had 10 putouts in the game so I'm not going to even try to figure out the exact play with the lack of clues.

I will note that LaRoche is standing with a foot firmly on first base. When I played the position, I was always taught to put my foot up against the edge, giving me more of a reach towards the ball and also to prevent collisions with the base runner. There’s no runner in sight so maybe that wasn't an issue, but thought I’d point it out since I noticed.

From Opening Day of the 2013 season, this photo is now the earliest one used. Long time readers (and I use that term loosely as I've been active all of about two weeks) may recall the Michael Young photo from mid-September as the most recent.

As for the patch, it commemorates the victims of the Sandy Hook tragedy and was worn by all players, managers, coaches and on-field personnel from March 31-April 2, 2013. Here’s a preseason press release giving more details. And a better view of the patch if you don’t click the link: 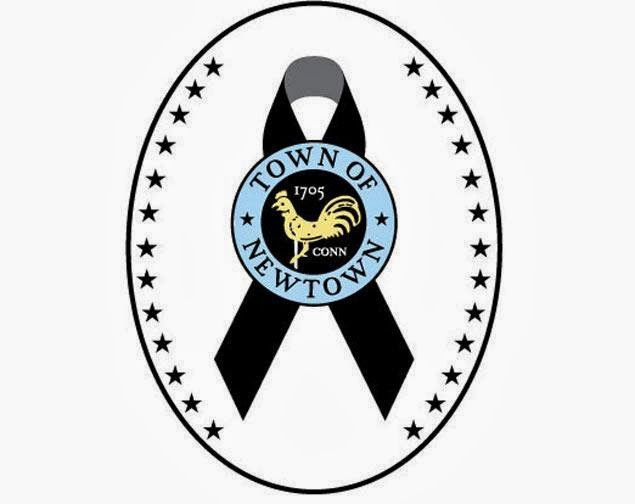 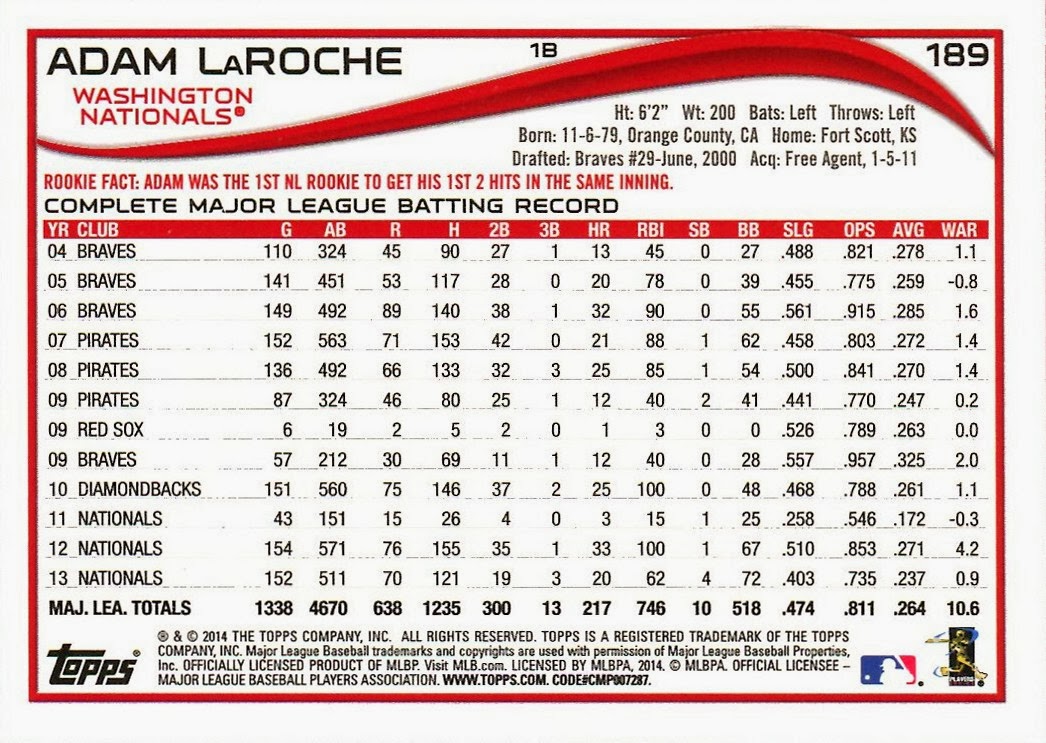 Rookie Fact: Adam was the first NL rookie to get his 1st 2 hits in the same inning.

That’s pretty cool. The hits came in his MLB debut on April 7, 2004 ( BOXSCORE). He grounded out to second in his first at bat but his first two hits and two RBIs came in the 11-run 4th inning.

Way to not be a rally killer!

My Grade: I am a Cubs fan through and through but the Washington Nationals are my local team so I get blasted with Nats news more often than I 'd like. With all the hype of Stephen Strasburg and Bryce Harper, you might gloss over the fact that Adam LaRoche got MVP consideration in 2012 (6th place), as well as winning the Silver Slugger and Gold Glove for his position. His numbers came back to normal in 2013 as the Nationals did as a whole.

My kids had the opportunity to get his autograph after a Nats game in 2012, so my grade will probably come off a little biased. Its not much better than average, but with a couple of niches covered and the fact that LaRoche seemed liked a pretty god guy, I'll give it a B.

And just for fun, here the cards he signed for us: