First impression of what’s going on: Yawn. Photos like this make me question why I wanted to break down E-V-E-R-Y card in the set. 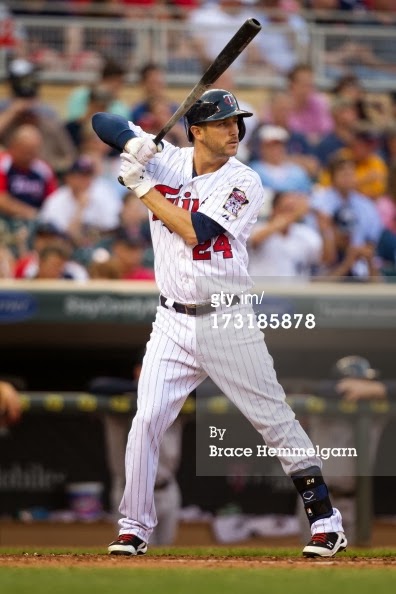 The Reality of the Photo: Even more boring than the photo and the caption was the search for the source photo. With this tight of a crop, there must have been dozens of similar photos I had to rule out before finding the right one. We’ve already seen in the caption that Plouffe’s Twins lost to the Yankees 10-4. Let’s see if he had a god day in the BOXSCORE.

Plouffe was the designated hitter in this game. There was no grand slam but maybe he took advantage f opportunities he had. 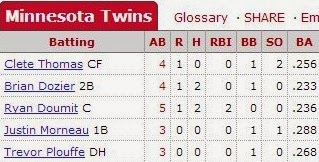 Nope. Pretty unremarkable. He did have a flyball to the outfield that moved teammate Ryan Doumit to third base, but didn’t get credit for a sac fly.

Nothing on the front that would make this card fit into any niches for me. Maybe the back can save this card. 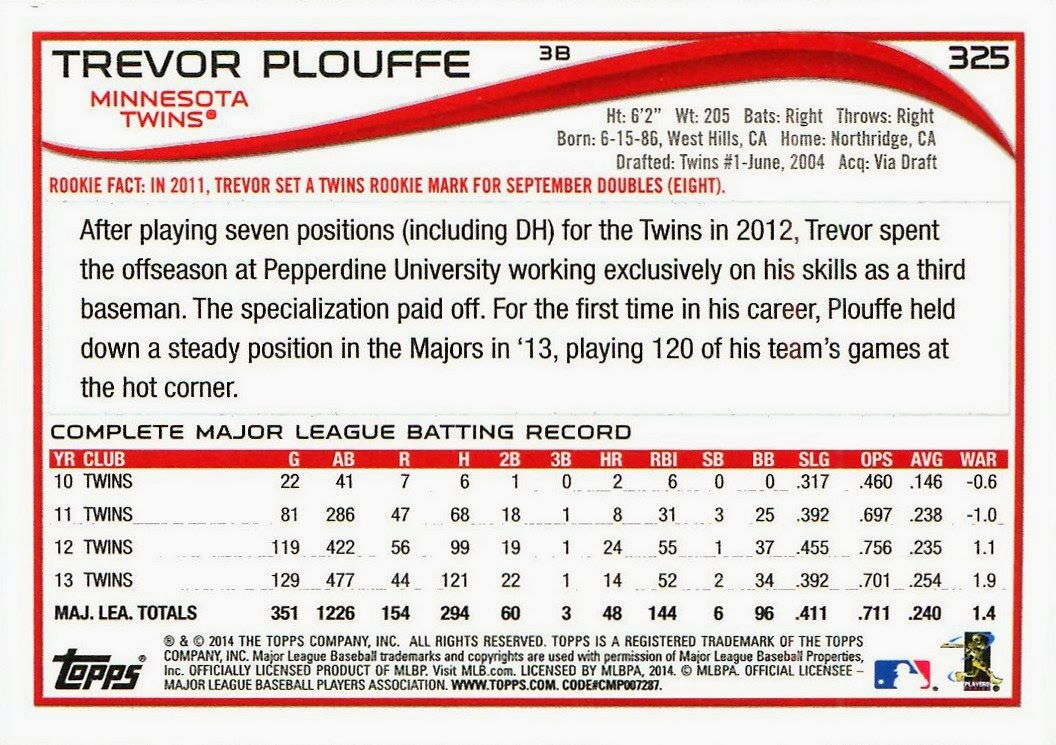 I’m sure I could try to figure out the old record and who held it, but that would take me longer than I willing to spend.

I’m always impressed by utility players, especially those that can do more than just the outfield or just the middle infield. Doing whatever it takes to find a spot on the team . The three positions Plouffe missed in 2012 were straight up the middle of the field, catcher, pitcher and center field. 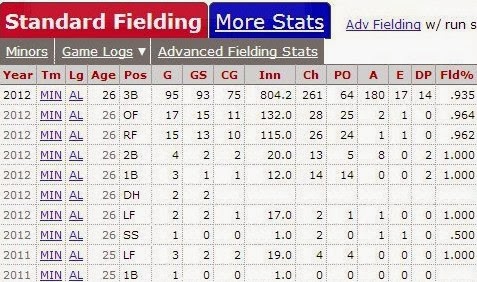 My Grade: This card has almost nothing going for it. Since it’s not bad so much as just boring, I’ll be generous with a C-. Here are few more photos courtesy of Getty Images that could have given this card quite a boost.

I can always appreciate a good broken bat shot: 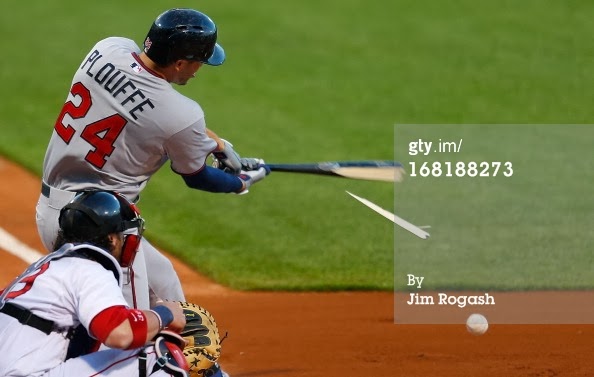 How about someone getting caught stealing a base. Caption says he was out. 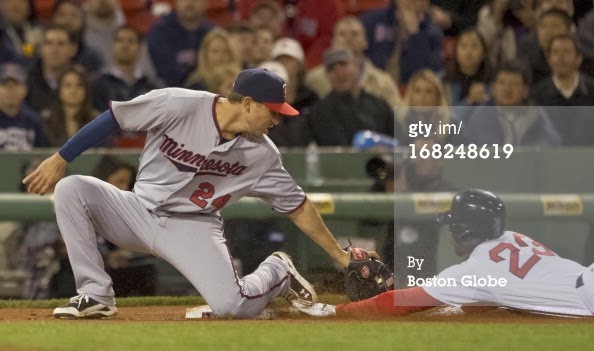 Or on the basepaths himself where the caption says he was safe. Good action. 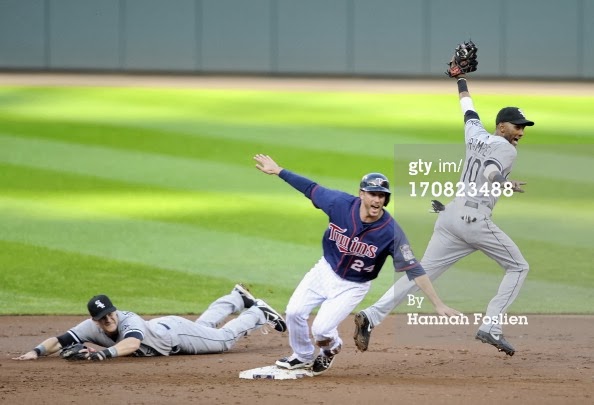