I’m not sure what happened to yesterday’s post but here it is. I like to blame Blogger, but I think this one was my fault as I went in to make a quick edit and didn’t republish it. Oh well.

First impression of what’s going on: It looks like Oswaldo Arcia has just hit a home run and is coming around second base. I might even go so far as to suggest it might be a walk-off the way he is celebrating. Although as someone who didn’t break 100 pounds until my junior year of high school and was your typical small, leadoff lefty that might bunt for a base hit, if I ever hit a home run, it would be celebrated like that.

For all I know, it could just be a “regular” walk-off hit or something else worth celebrating. Maybe Arcia isn’t a very good runner and just really needs some oxygen.  But I digress. Let’s stop the speculating and see what really happened. 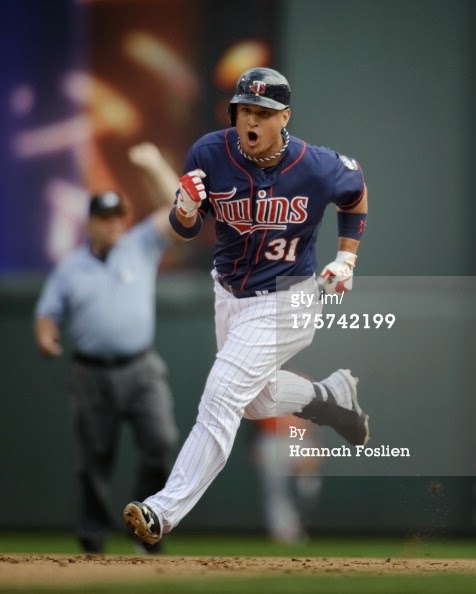 MINNEAPOLIS, MN - AUGUST 4: Oswaldo Arcia #31 of the Minnesota Twins rounds the bases after hitting a home run against the Houston Astros during the game on August 4, 2013 at Target Field in Minneapolis, Minnesota. (Photo by Hannah Foslien/Getty Images)

The Reality of the Photo: Ok, so it was a home run. But no mention of a walk-off or even the final score. The umpire in the background looks like he is signaling an out and if I hadn't read the caption, I could have speculated that Arcia was robbed on the play and that was his “I can’t believe that just happened” face. But realistically, the umpire is probably making the circular motion to signify the home run.

Let’s check out the BOXSCORE and see what was worth celebrating.

If it was one of the two early runs, the celebrating might be excessive. If it was the tie breaker in the 7th, that’s more acceptable. The win probability goes up significantly that late in the game, even with just one run.

So it was in the bottom of the 7th, giving the visiting Astros just 6 more outs to come back. And if you know the Astros, that’s not likely to happen any more than if it was my Cubbies.

The home run was the top play of the game, changing the probability by a game high 21%.

Tying this card to yesterday’s is the Twins’ use of their alternate jersey for this game. 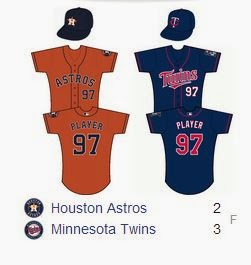 I think I spy an Under Armour logo on Arcia’s batting  glove but it’s too inconclusive to give credit. 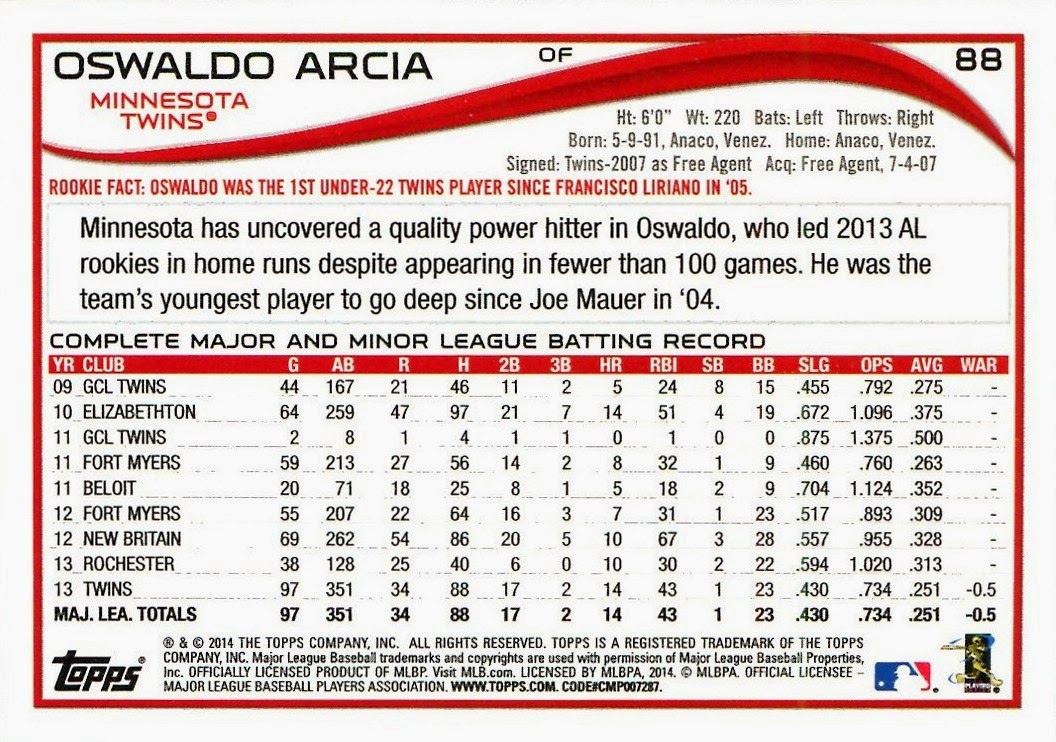 Rookie Fact: Oswaldo was the 1st under-22 Twins player since Francisco Liriano in 2005.

I thought I remembered Joe Mauer being younger but when I looked him up, he apparently started before that. Where the time gone that Joe Mauer is 10-year veteran!? And if I had just read ahead to the blurb, I would have seen Mauer mentioned as playing in 2004.

I didn't think Arcia being in the 2013 set so I was a little confused that this wasn't his rookie card. But then I remembered I never finished the Update set and sure enough, he’s one of the handful I need. (And that’s a great looking card, too!)

My Grade: This is another one of those cards that I want to like a lot even though it doesn’t fall into very many niches. I didn’t even mention the close crop and even though that’s starting to become so normal, don’t think I didn’t notice. That said, I’m going to give this card a B+. Solid photo with a good story behind it. Plus, it reminded me to finish the 2013 Update set, haha.