There are three active players in Series One alone that were born on St. Patrick's day, but only one that I could tie to the last card I did (Paul Goldschmidt) to keep the streak alive.

First impression of what’s going on: There are five cards in this sub-series of Baseball Highlights, all of which are are horizontally oriented.If not for the long caption telling us what the highlight was, there really isn't a need for this photo to be used horizontally. And I say that as an admitted fan of horizontal cards. It seems to match up with the theme of the card though, as it looks like Chris Davis has hit one of his pre-All-Star break home runs. There's just too much dead space on either side of him. 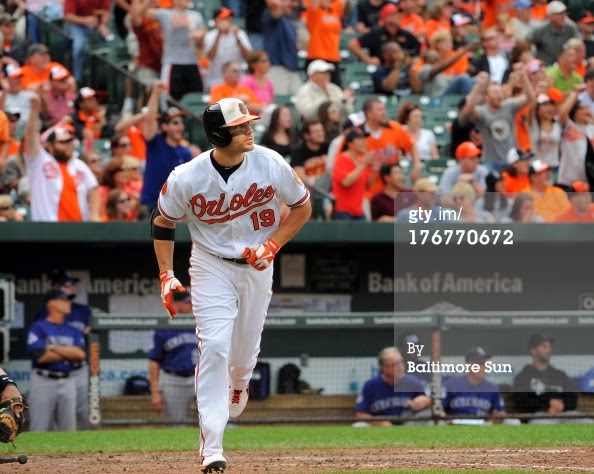 The Reality of the Photo: This is the first caption I've had so far that didn't give me the actual date of the game. Luckily, it was an interleague game against the Colorado Rockies and not a divisional matchup. With a score, that should make it easier to find which game of the series it was.

The Rockies came to town for a three game series from August 16th-18th. The 7-2 game was played on the 18th. Last time I checked, that was after the All-Star Break. So not only is the photo a bad selection for a horizontal card, it doesn't even depict any part of the highlight it is representing! Not good, Topps. Not good.

Let's take a look at the BOXSCORE anyway.

As we knew, the Orioles won 7-2, but let's see how Chris did. His two-run homer could have come in the third, seventh or eighth. 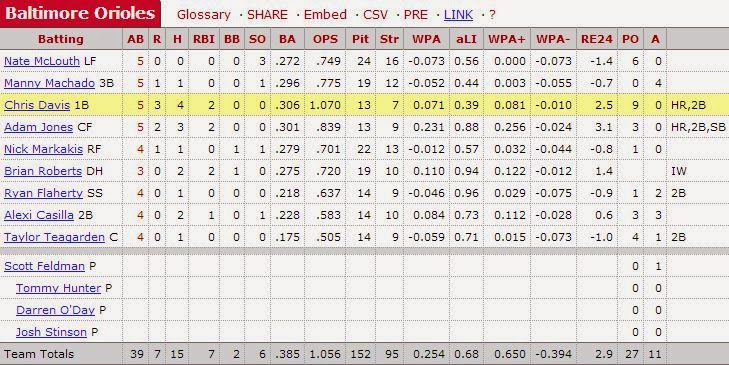 Not a bad day at the plate, but that's kind of expected when you put up season long numbers by the All-Star Break. In fact, I'm happy if any of the Cubs hit either of those marks by the end of a season.

Davis' home run came in the bottom of the 8th inning though and only added 2% to the Orioles win probability. Mainly because they were already at 97% with a 5-2 lead in the 8th.

We do get some eye black, something we haven't seen much of yet.

And Nike squeezes in yet another appearance with a swoosh on Davis' batting glove.

We also get to see a glimpse of the Earl Weaver tribute patch.

Baltimore Orioles legend, Earl Weaver passed away before the season started and the Orioles wore this patch on their sleeve throughout the season. 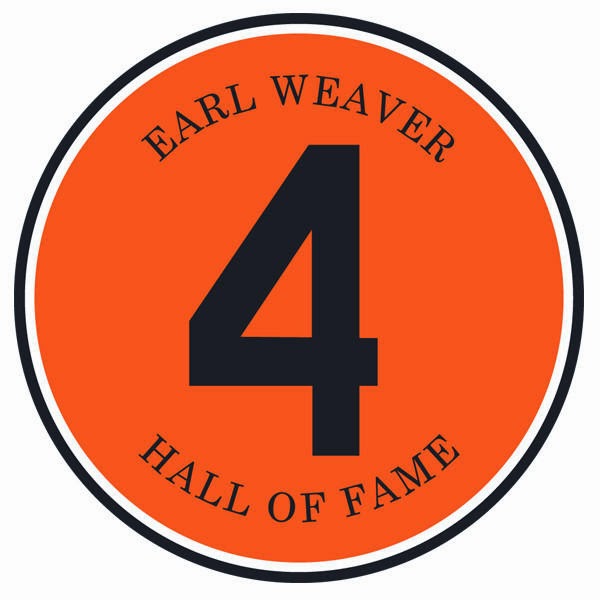 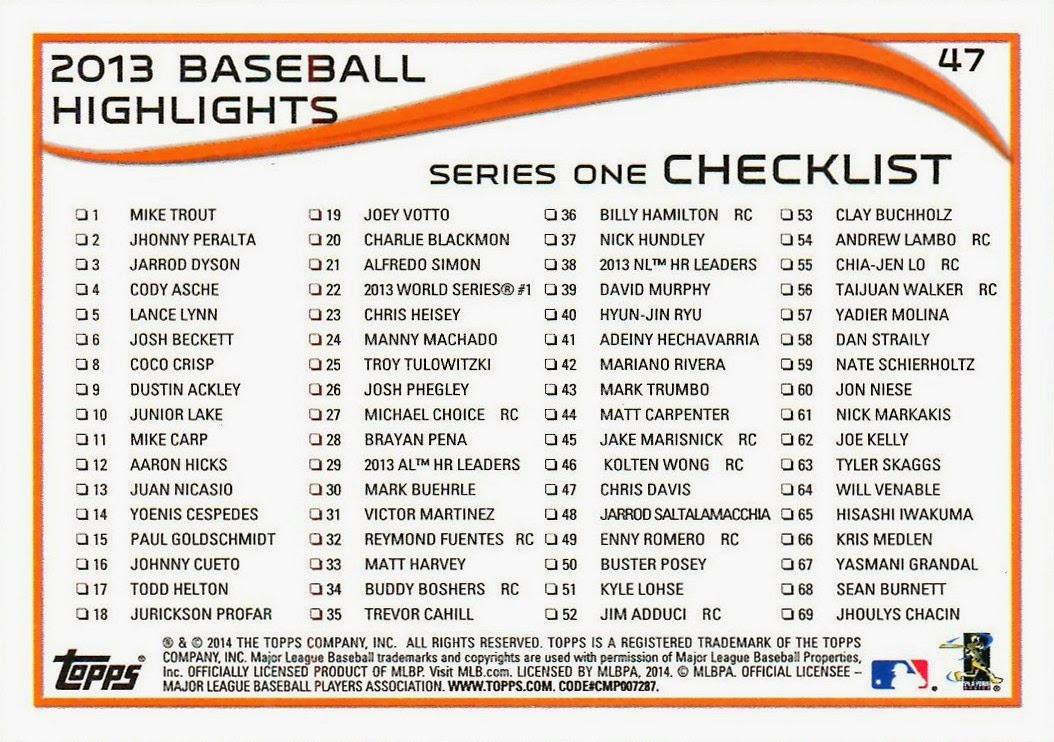 Well, there's not much to say about the back. There's no Rookie Fact to break down, or blurb or statistics. Chris Davis was left out of having a base card in Series One, but does appear on two League Leaders cards. I guess the back breakdown will be saved for a Series Two card later this year!

I will say, before I forget, that the small connection I made between this card and Paul Goldschmidt's is hidden here on the back.

See, there's Goldschmidt's card listed as part of the checklist. Small connection just to get Chris Davis posted on his birthday, but it's there! The other two players I mentioned at the very beginning of the post with birthdays today and in Series One are Milwaukee's Jean Segura (#215) and the Mets' Juan Lagares (#304)


My Grade: This is a card that for all intents and purposes I should like. It hits a bunch of niche collections, is horizontal, the highlight is impressive. The photo itself isn't bad, but its use here is puzzling. If Topps wanted a horizontally oriented subset, they should have selected a better photo. And one that actually happened during the time frame of the highlight. This one gets my first D. Too many niches to actually fail it. As I usually do for low graded cards, here are a few suitable alternatives. 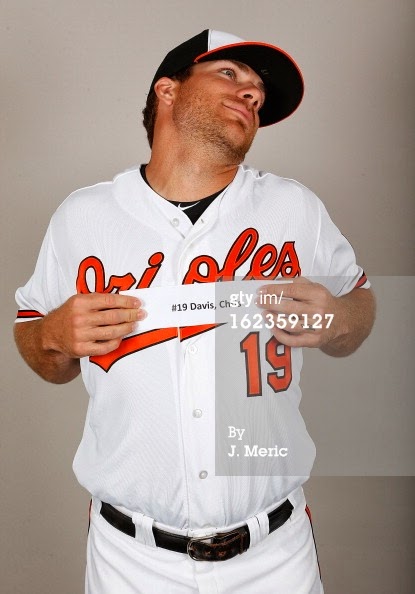 Ok, maybe not this test shot from photo day, but I thought it was too glorious not to share. 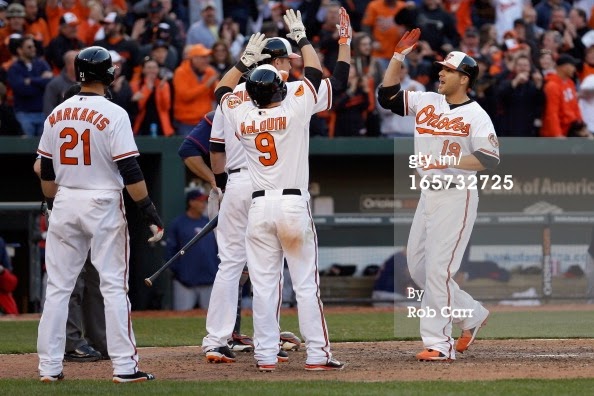 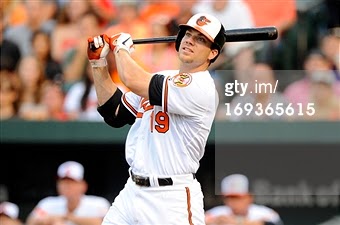 This picture may be a little generic, but I think it represents both home runs and RBIs pretty well (the theme of the card) and is better suited for a horizontal card than the one Topps chose.

Better luck in Series 2 with your base card, Chris, and Happy Birthday!
Posted by Once a Cub at 12:00 PM