We’ve got a couple of connections between yesterday’s card (Dioner Navarro) and today’s. Both were born in Venezuela. Both are wearing sunglasses. But the connection I was trying to make is they are both Switch Hitters.

First impression of what’s going on: This is another solid photo with a unfortunate crop. No elbows for Pablo! I always like a dirty jersey so without a bunch of obvious niches, the card has that going for it at least. 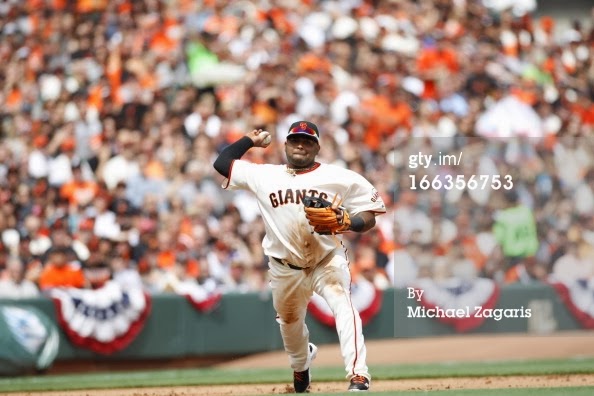 SAN FRANCISCO, CA - APRIL 5: Pablo Sandoval #48 of the San Francisco Giants fields during the game against the St. Louis Cardinals at AT&T Park on April 5, 2013 in San Francisco, California. The Giants defeated the Cardinals 1-0. (Photo by Michael Zagaris/Getty Images)

The Reality of the Photo: Look at all that elbow room Sandoval has! The caption doesn’t give much to go on so let’s go to the BOXSCORE and see if we can’t figure something out ourselves.

We knew it was 1-0 from the caption, but only nine hits from both teams combined probably puts it on the bubble for an actual pitchers’ duel, right? Throw in another combined 9 walks and the error you have 19 base runners. I don’t know who to give credit (or blame) for on that.

Sandoval had a number of assists in this game and aside from the two double plays he started, it would be tough to rule any of them out.

Kind of a boring card to investigate. 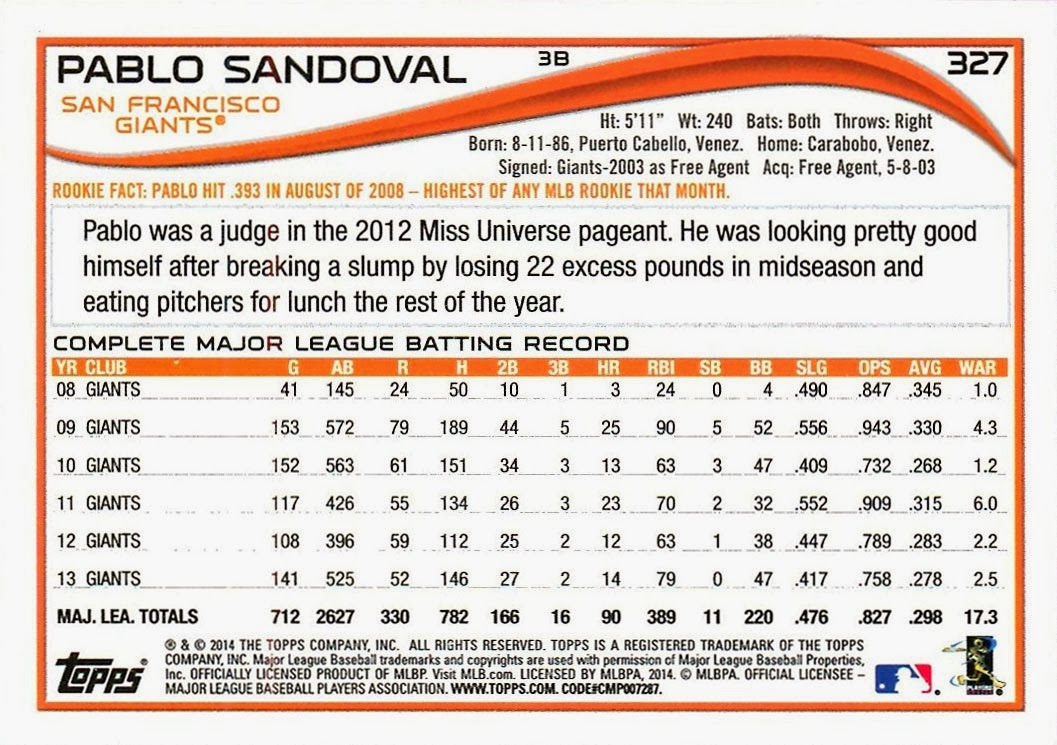 That’s impressive, but not necessarily that interesting. On the other hand, mentioned in the blurb, is that Sandoval was a judge at the 2012 Miss Universe Pageant. Kind of random, but here are a couple of photos from the event I found. 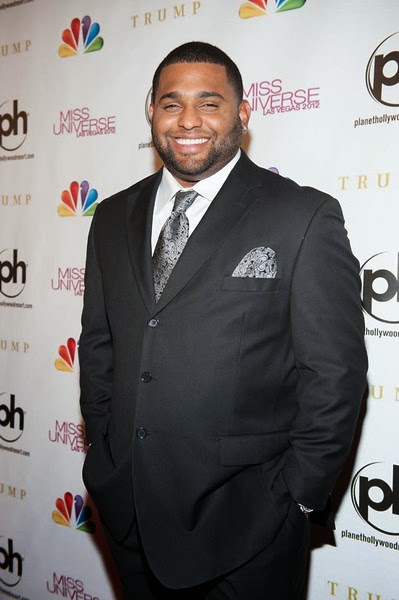 With what I’m assuming are some of the other judges:

My Grade: I thought this one was going to be better when I picked it. The photo is pretty standard for a fielding third baseman, but as I mentioned, I like a dirty jersey and the extra effort that can be assumed from one. The cropped elbows hurt it along with a lack of mini collections this would fit into. The back was also kind of boring too although it allowed me to Google image search the Miss Universe pageant so I’m going to give this one a B-.
Posted by Once a Cub at 12:00 PM