No strategy today, just the randomizer.

First impression of what’s going on: Oh my goodness, what is this mess? I think this will be a polarizing card. Some will like it for its uniqueness or will be nostalgic for the kind of cards where Spring Training/warm up/batting practice photos were the norm, while others will wonder why in this day and age of gajillion megapixel cameras are we still taking pictures through the BP netting. 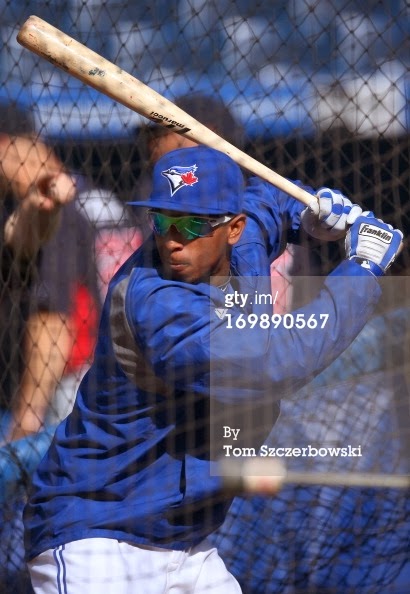 TORONTO, CANADA - MAY 27: Anthony Gose #8 of the Toronto Blue Jays takes batting practice before an MLB game action against the Atlanta Braves on May 27, 2013 at Rogers Centre in Toronto, Ontario, Canada. (Photo by Tom Szczerbowski/Getty Images)

The Reality of the Photo: The photo itself is fine. Batting practice is something not a lot of people see so pictures of it can be kind of cool. But why on a baseball card? And can I do a boxscore breakdown on a photo that wasn't part of the game? Gose is a young guy, maybe not even a starter. What if he didn't even play that day? OK, I’m getting ahead of myself so let’s check out the actual BOXSCORE.

Blue Jays blowout. I’ll have to check my statistics on this but the team of the player depicted seems to have a pretty good record on the day their card's photo was taken. But did Gose play?

Barely! And I swear I expressed the concern before looking at the boxscore. It’s never good when you look better warming up than you do at game time.

So he pinch ran for Melky Cabrera in the 7th inning and later scored on an Edwin Encarnacion home run.

Gose stayed in the game and walked in his only plate appearance of the day. 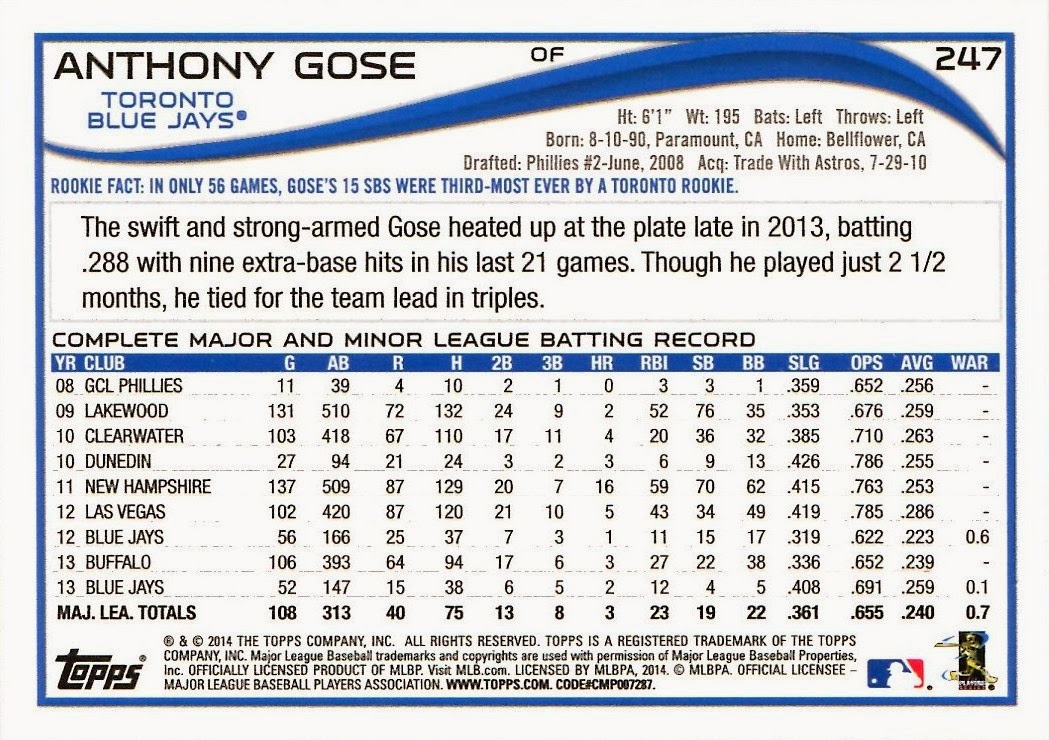 Rookie Fact: In only 56 games, Gose’s 15 SBs were third-most ever by a Toronto rookie.

So I was curious and thought it would be helpful if I tried to figure out who the two Blue Jay rookies with more than 15 SBs were. But I opened up a can of worms. I headed over to FanGraphs.com and plugged in my information. Blue Jays. Rookies. 1977-2013. And then sorted the results by SBs. I got this: 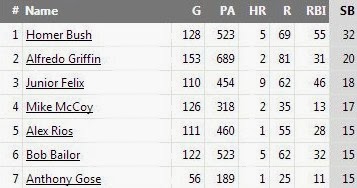 Not only was Gose not third, but he was tied for fifth? Now I feel like I had to go back to Baseball-Reference and look at these guys individually and see if Topps was wrong.

Top guy Homer Bush got some playing time with the Yankees, but was still technically a rookie by MLB standards when he stole 32 bases in 1999 for the Blue Jays:

Second place was Alfredo Griffin. Like Bush, Griffin had some playing time before coming to the Blue Jays but was still a rookie when he joined them. Enough of a rookie that he won the Rookie of the Year award despite playing in parts of three previous seasons. There seems to be a discrepancy in the stolen base total as FG lists 20, but Baseball Reference has 21:

I don't know what to think about this Mike McCoy one. FG has him listed as having 17 stolen bases but in his first year in Toronto didn't use up his rookie eligibility and only had five stolen bases. In his second year with the Blue Jays, he was considered a rookie but only stole 12. So they’re combining his two seasons? I don’t even know.

Alex Rios is another true first year rookie and also had 15 stolen bases.

Bob Bailor was a third year rookie and also had 15 stolen bases.

See, can of worms, right? But if you look at the number of games each of these guys played to get their stolen bases, you have every right to be impressed with Gose.

As for the blurb? One last screenshot to confirm that he did indeed tie for the team lead in triples in 2013.

Well, at least Topps got that one right.

From a different angle, the photo may have been unique in a good way but personally I don’t like the netting. Gose barely played in the game that took place after the warm-ups.

And don’t get me started again on the false fact on the back. I’m already spending more time on these than I anticipated so to have to go dig around because of inaccuracies is not going to win any points in my book.

Sorry, Anthony, if you happen to Google yourself and find this review. Nothing personal!

Always, the helper, I don’t just tell you you’re wrong, I show you how you could have done it better. Here are two photos that would have aided this card:

A head first slide into home. The caption says safe but with Gose looking up (at presumably the umpire) to get the call, it must have been a close play! 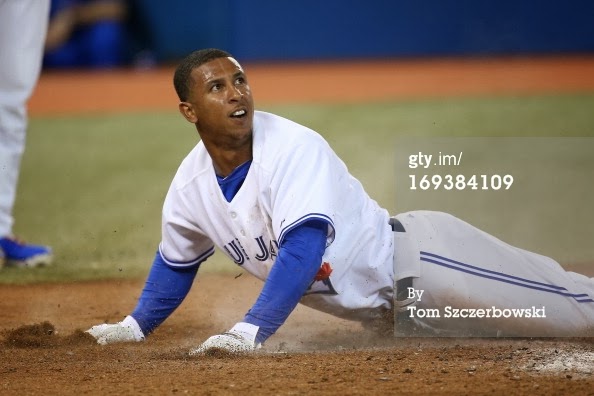 And what makes the original card such a shame is the photo below would have made this card a contender for card of the year. Taken the day before the batting practice photo and by the same photographer, I see no reason why this photo couldn't have been used instead. Check out this awesome overhead bunting shot: 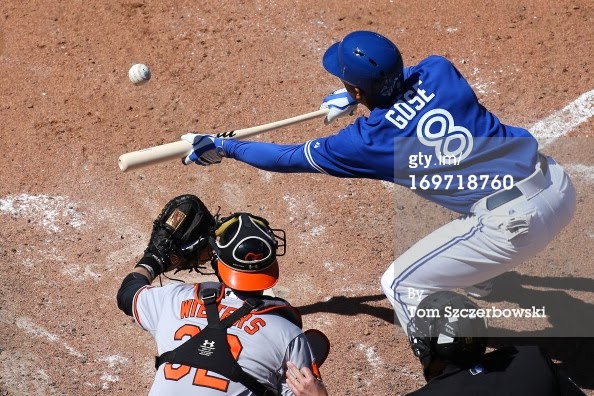