First impression of what’s going on: Buddy Boshers just closed out a game and is getting a congratulatory “good doggy” pat on the head from his catcher. I think battery shots like this would make a good insert along with double play combos. Maybe for Gypsy Queen like they do for Sliding Stars or Glove Stories. Unfortunately, a lot of mound conferences are negative as they’re usually calming the pitcher down or pulling him. 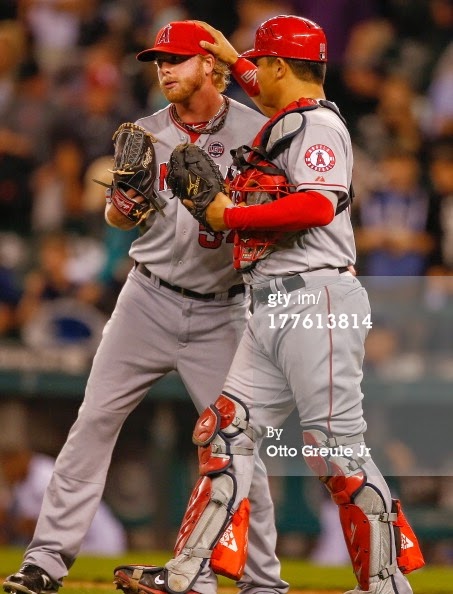 The Reality of the Photo: Like I thought, this photo is pretty self-explanatory. We can see from the caption that it wasn’t a save situation and I’m not even sure that Boshers is the Angels official closer. American League. Pfffft. Anyway, let’s take a look at the BOXSCORE and see if Boshers was in any kind of trouble at all.

Doesn’t look like much trouble unless he pitched the 7th inning.

Nope, just the 9th. And two strikeouts to boot.  Let’s see who he got.

Dustin Ackley fly ball. Nick Franklin for the backwards K. And finally Brad Miller for the swinging K. Not a bad day’s work.

But let’s play I Spy for a minute back on the picture. With two players being featured, there’s a lot going on.

On Boshers, we have a Nike logo on his undershirt.

Also, on his chest, he is wearing the LEW patch. The patch is in memory of team doctor, Dr. Lewis Yocum. But his influence wasn’t limited to the Angels as some other players wore the patch as well. 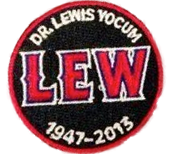 Moving over to catcher, Hank Conger, we see the Mizuno logo on his glove and juuuust barely on his catcher’s mask.

And a new one that I’ve either missed a dozen times already or just didn’t get a clear enough shot, under the Angels patch on Conger’s sleeve, we see the Majestic Athletic logo. Majestic Athletic is the current official provider of MLB uniforms. 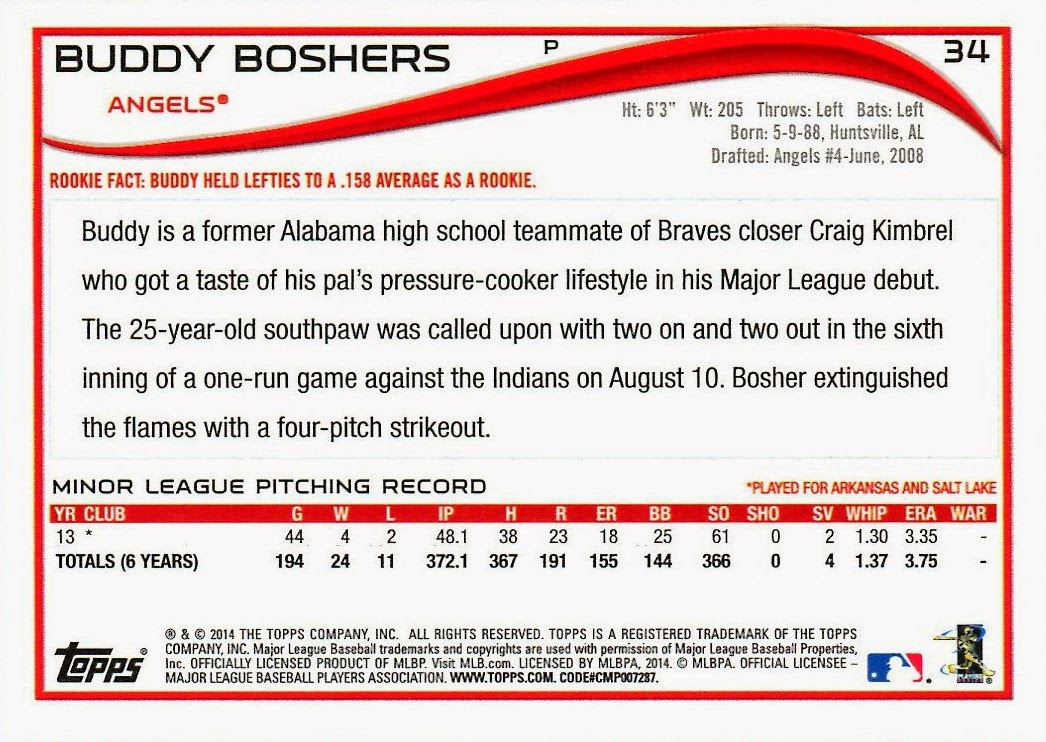 Rookie Fact: Buddy held lefties to a .158 average as a rookie.

This is one of those facts that I’ll trust Topps to get right because I’m too lazy to actually do the digging myself. If anybody has a quick and easy way for me to verify this kind of information, please let me know!

My Grade: I like this card. Probably more than I should considering I’m not an American League fan and it is not horizontal. It does fill quite a few niches though and I like that it shows a congratulatory mound conference instead of one of the negative ones. The crop and centering is really good and the only drawback that I can think of is that Boshers isn’t the one front and center. Not that Hank Conger is, but they kind of co-share the space. Like I said earlier if this was a “Battery” themed insert, this photo would have been perfect.

It still gets an A+ from me though and as you can see by the grades in the left hand column, I don’t give those out willy-nilly like!