The Prizes Are Here

I stopped by the local Wal-mart last night for some milk and to once again check the card aisle. This time, they were prepared for my arrival. It didn't look like anyone else had been there because all the boxes had been recently straightened and lined up. I don't know how many blasters come in a case, but there were an even amount, side by side, maybe 5-6 back. Two pegs of hanger boxes and one peg of jumbo packs. I didn't see any regular packs though.

As promised, here are the inserts that will be randomized to a lucky follower. 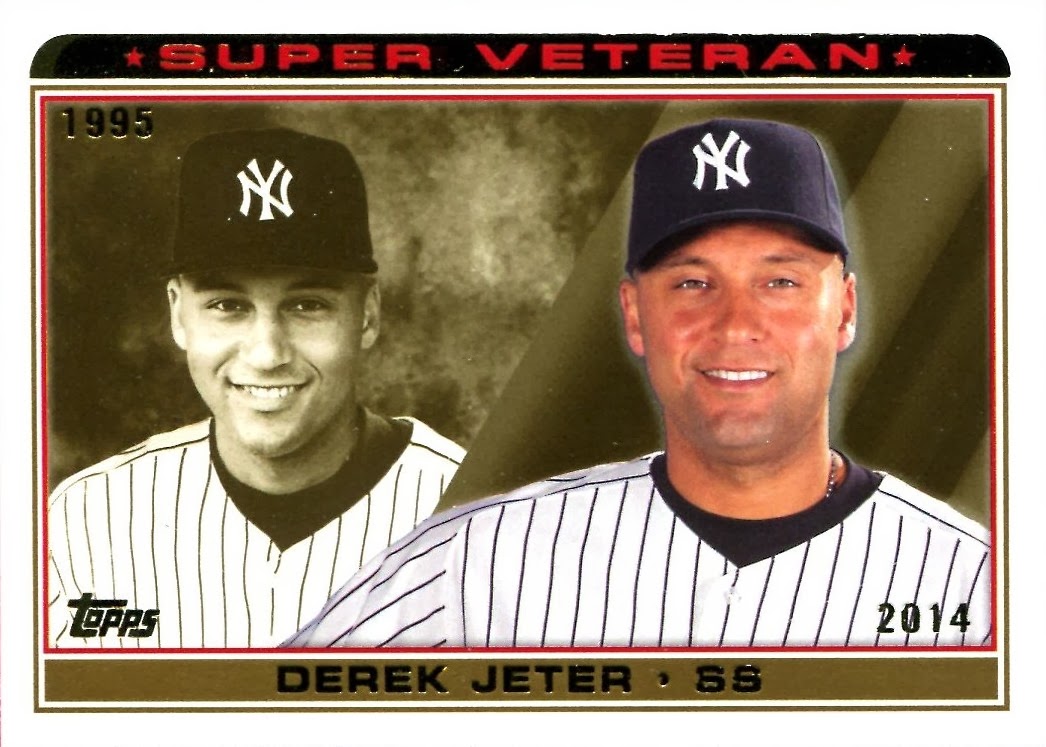 I'm by no means a Yankees fan but this was probably my favorite of the inserts I pulled. Maybe that's the nostalgia talking. I just wish the Cubs had somebody I could see ten years down the road being the "Super Veteran" of the team. Nice, simple layout honoring some of the game's best. I will say that Jeter's right shoulder bothers me though. Is his hand on his hip? That couldn't Photoshop that down like the other side?

This next insert set is Upper Class. I haven't looked at the checklist but it looks to focus on a top rookie for each year. Here I have Hank Aaron from 1954, Buster Posey from 2010 and Yu Darvish from 2012. It looks to be a classy set, although the worst of the bunch for scanning. Maybe I would have been more excited about it if I pulled the Ryne Sandberg, Greg Maddux or Ernie Banks. 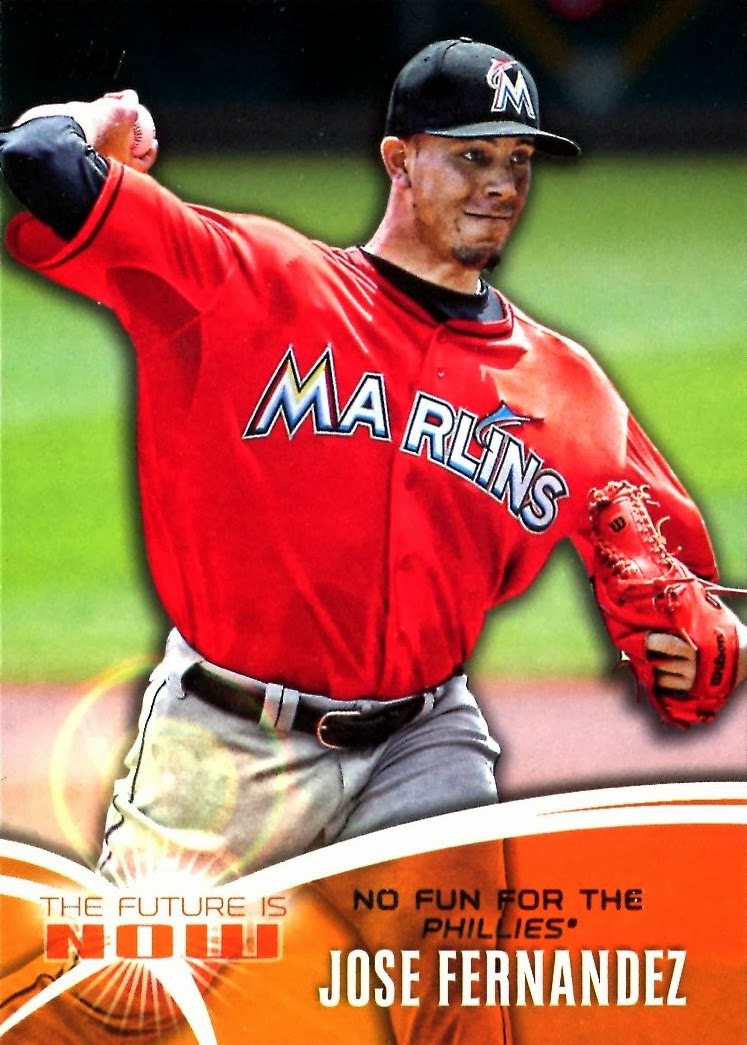 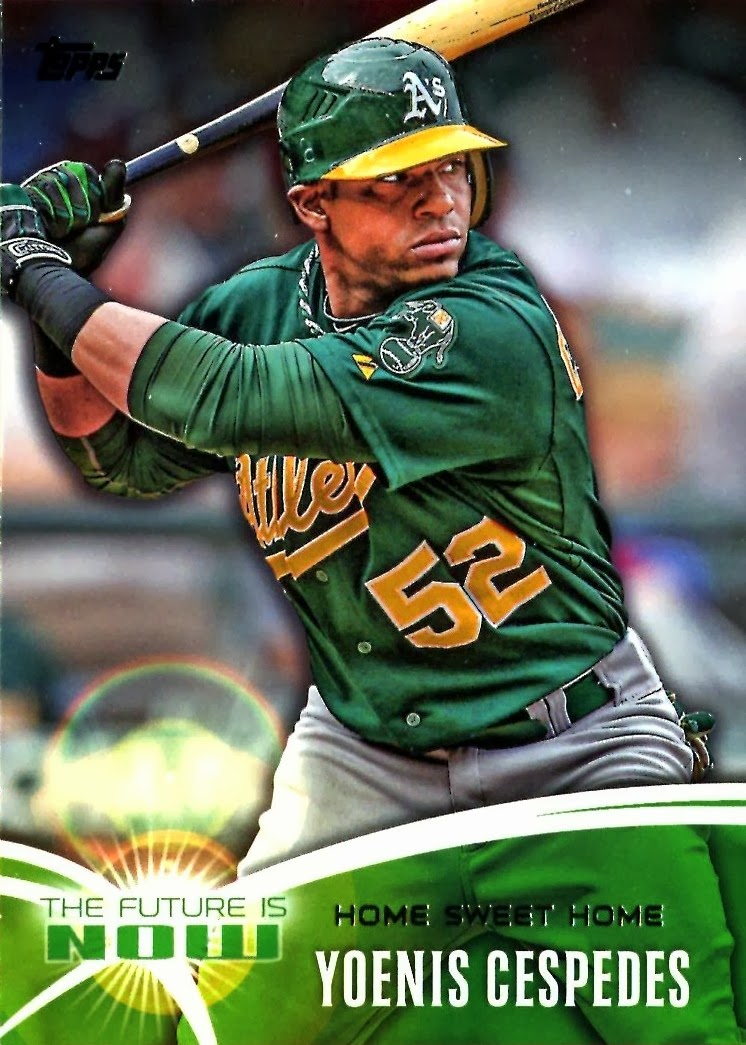 Another rookie-centric insert set, The Future is Now focuses on the current young crop of players. The back features a "Welcome to the Majors Moment" for each. Another nicely done set even if it lacks any Cubs. 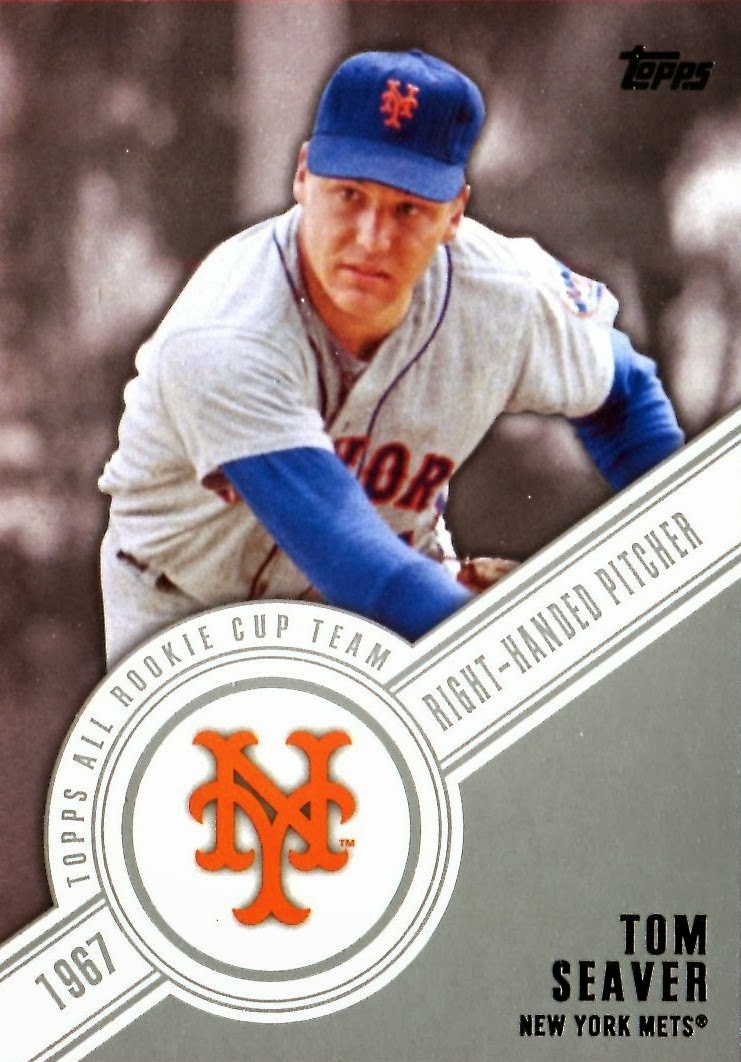 Topps All Rookie Cup Team. I like the upper left part of the card but the lower right is a little bland. No Cubs in this "base" insert set either, although Sandberg, Maddux and Banks show up with relic and/or autograph versions. 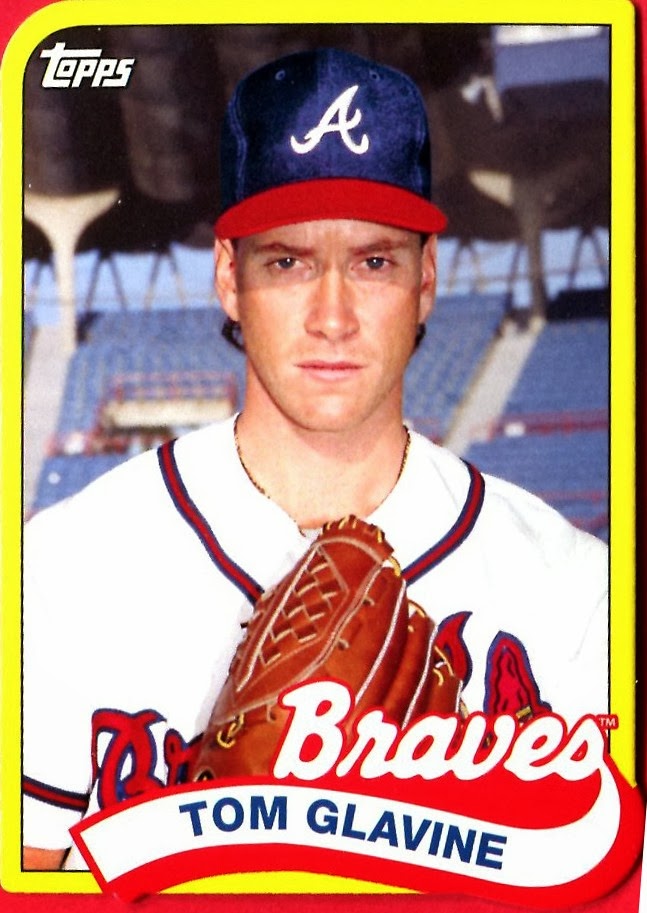 And the one mini die cut 1989 based insert I pulled. I didn't think I'd like these, but I kind of do. Not enough to chase the set, but I'll definitely find the Andre Dawson and Banks versions. The die cut aspect is what made me roll my eyes the first time I heard about them.

Last but not least, all of the parallels. I won't show them because I want the first base card from the set to be shown Friday morning when I start breaking them down. Silly maybe because they're being plastered all over eBay and other blogs right now anyway, but I don't care. I'll list them though so you know what you have a chance to get.

Blue Wal-mart parallels (20)
Red Foil (2)
Gold (1) /2014
So nothing Earth shattering but good selection of random trade bait for the lucky recipient. These will definitely be given away, but the unopened Patch pack still needs a home. As of this writing, I have 13 followers (I'm the 14th to make sure my posts are posting right and not counting myself). Still need 7 more to be thrown in with the rest of these. Less than 2 days left, spread the word!